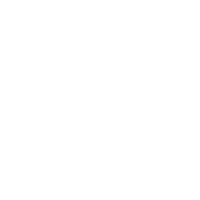 No products in the cart.

So perhaps, Italian cloth isn’t your fashion flavor? What other luxury cloth mills exist for someone looking to refine their suit textile tastes? Allow me to introduce you to Dormeuil, a French cloth mill abundant with finely, finessed textiles. Dormeuil’s origins begin in 1842 when Jules Dormeuil takes interest in importing English cloth into France. By 1860, all three Dormeuil brothers had joined together in this business venture; and in 1862, the family name became the name of the business, Dormeuil Frères, and is accompanied by an official crest. By the 1870s, Dormeuil opened their first boutique in London’s renowned tailoring district; and one decade later, they had taken their business to an international level. By the 1920s, Dormeuil had opened a mill house in the US, begun creating fabrics for women, gained distinction, and opened the well-known Dormeuil house in London’s Golden Square. As you can clearly see, Dormeuil became a cloth mill dedicated to forward progress and innovation. Jumping forward in time to highlight their textile achievements in the suit world, in 2007, Dormeuil launched “Vanquish” which was the most expensive and luxurious fabric in the world at the time with only 300 suits able to be made. In 2012, Dormeuil became one of the first cloth mills to begin combining their cloth with other unique natural materials such as gemstones, in this case jade. More recently, in 2016, Dormeuil created the first pure wool cloth, Exel, with 20% stretch and no elastane prioritizing maximum comfort.

Sure, Dormeuil is another luxury cloth mill; but their unique sell proposition lies in their journey and soft hand (physical fabric quality, very literally touch). From the beginning, the Dormeuil name and those associated with it not only sought out high quality but, also, generally cutting-edge and groundbreaking factors to separate themselves from the rest. Their clients already trust their refined textile quality but can also expect ingenuity. A constant persistence in pursuit of perfection and the desire to redefine the standards and expectations of the present into the future. With that mindset also comes an attentiveness to sustainability, ecologically, environmentally, and within their textile production. Available on their website, Dormeuil openly shares with all their sustainability plans and practices. Anyone can have access to their animal welfare and environmental policies, as well as, detailed supply chain traceability. With Dormeuil, it should be known that you’ll receive the quality suit of your dreams with a subtle step forward into the future.

If this level of exclusive cloth quality, unique innovation and sustainable mindfulness resonated with you, we would love to start a conversation regarding your bespoke suiting and outerwear attiree being a part of this progression.

Coordinate your consultation with us today.